You are here: Home › Reviews › THE POOL AT THE SILVER LEGACY, RENO, NEVADA

I’m sure if you’re a hotel or casino (or pretty much any sort of business) in the city of Reno, Nevada, you’re darn tired of being compared to that other bright lights, big city in the desert.

According to Wikipedia, Reno is the most populous city in Nevada, outside of the Vegas metropolitan area. What that means is that even Henderson and North Las Vegas are bigger than Reno. If Vegas is the golden child and Reno is the red-headed step kid, Vegas grew up, had babies and now THEY lord over Reno just like their mama used to.

There was actually a time when Reno was to San Francisco what Vegas is to Los Angeles. Reno was just a smaller version of Vegas, trying to give it a run for it’s money. Or at least a chunk of it. But as Vegas grew into the megalopolis that is it and Indian casinos expanded, Reno’s stronghold on the gambling and entertainment world deteriorated. There are still casinos and hotels and conventions and tourists. But I think pretty much everyone knows that any sort of competition between two Nevada cities has long ended. A winner has been determined.

And yet, the Sliver Legacy on Reno’s “strip” still hasn’t really gotten the memo. It’s huge, with multi-level gaming, lights and sounds and bells and whistles. Live shows and entertainment. There’s even a giant laser light show dome at the center and, they have Keno in the coffee shop with actual Keno girls. Vegas casinos (at least those on the strip) retired all their Keno runners years ago.

The pool is on the 4th floor roof deck and it is trying as hard as it possibly can to rival a Vegas pool party scene. The pool itself is straight-forward and I’m sure was built in the 70s or 80s. No special features. Not even any tile.

But the cabanas are day beds are new, and quite cozy. 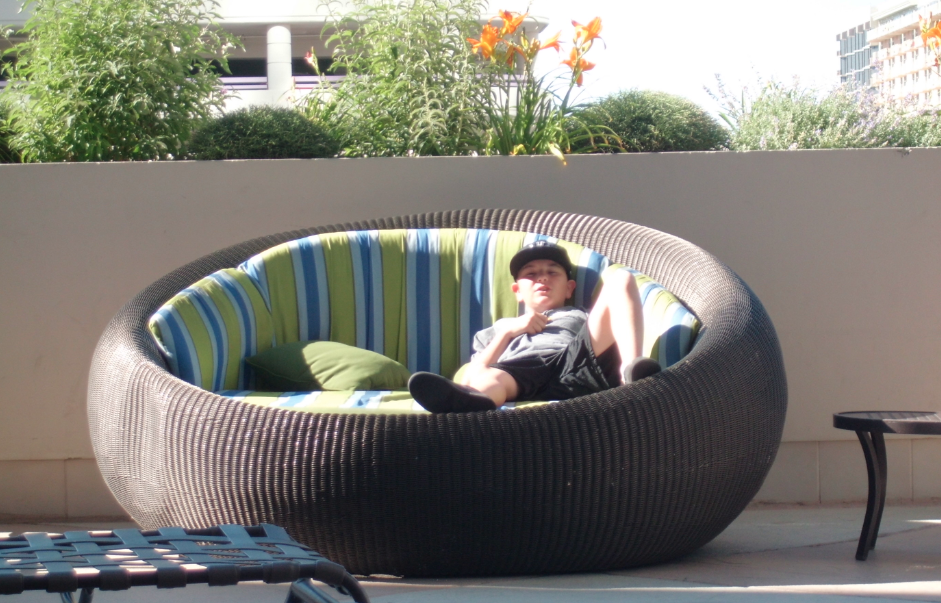 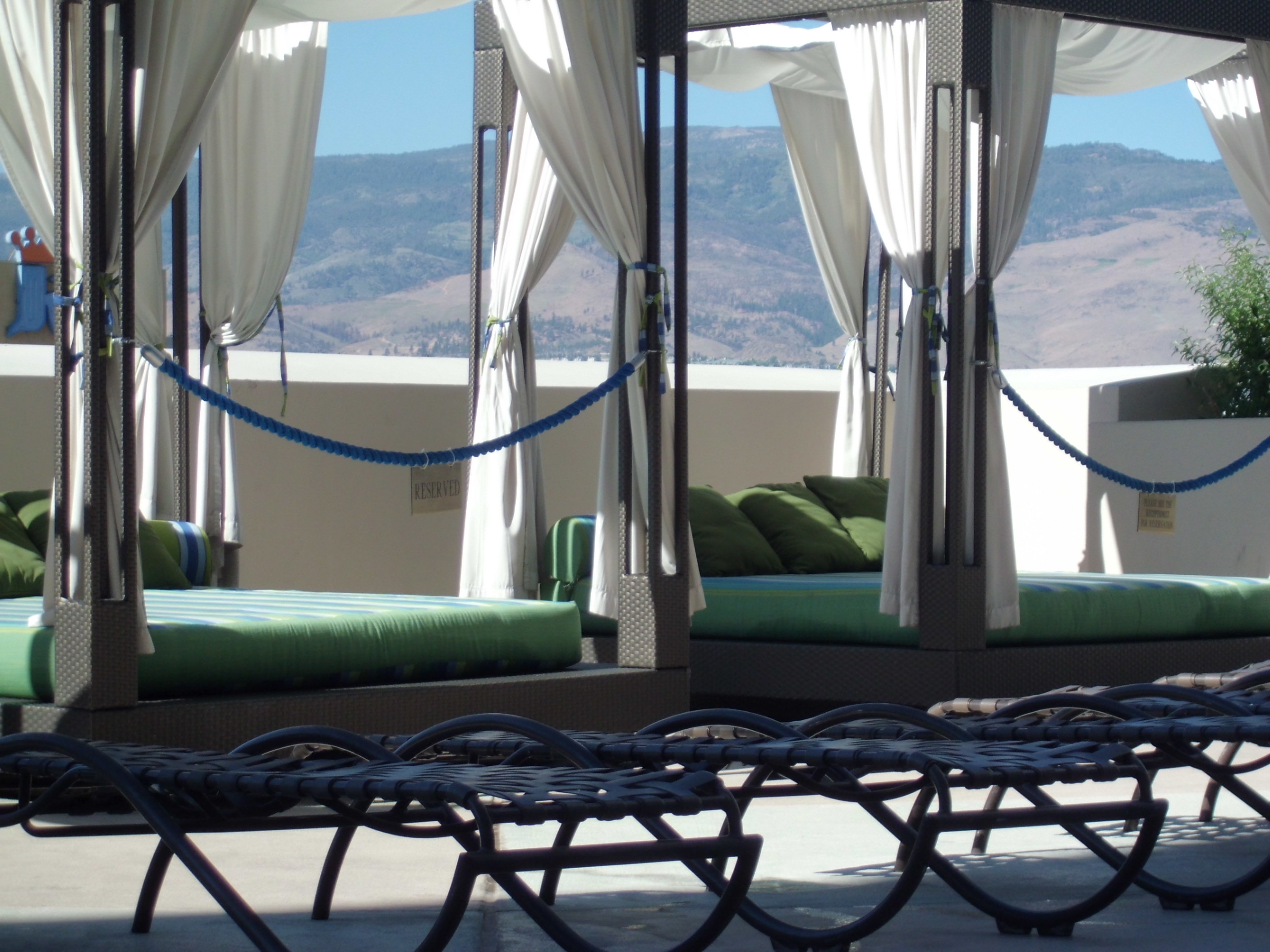 Check out those stanchions guarding the beds. Wouldn’t want anyone who hasn’t reserved to actually enjoy them, right?

The views of the surrounding buildings are kind of cool too in an urban, downtown skyline kind of way. And the mountains make for a nice desert vibe. Reno gets quite hot in the summer and I’m sure the buildings provide some much-welcome shade too. There is a small hot tub, alongside the pool area. 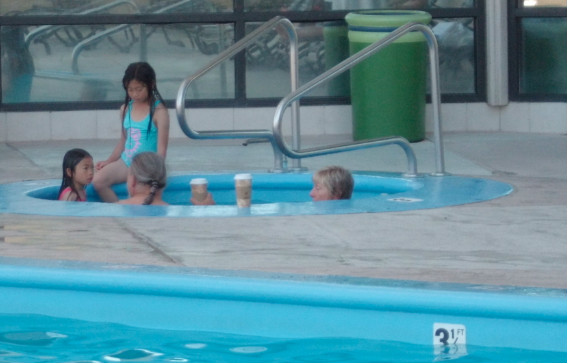 On a busy weekend, I could imagine the hipsters on the chaise lounges, the table service, music pumping, maybe? Certainly the Silver Legacy hopes so. But on our pre-4th of July weekday visit the clientele was paler, larger and definitely less cool than their Vegas counterparts. It was fine for the kids though and overall a pleasant swim. Though it was only open til 8pm which was a bit of a bummer.

Our complaint however, is with the bait-and-switch website photo. Here’s the pool photo they provide, not taken in any pool we saw while visiting the property (and with a model that of course looks nothing like anyone we saw on property, although that’s not so surprising):

Silver Legacy: Using stock photos that guests will reasonably assume is your actual property when looking at your web site is so not cool.

2 Responses to "THE POOL AT THE SILVER LEGACY, RENO, NEVADA"