It’s an awesome hotel in a spectacular location, right in the heart of Hollywood. Adjacent to Hollywood and Highland where there are shops, theaters and even the Dolby Theater where the Oscars are held every year. You can walk to the Wax Museum, along the stars on Hollywood Blvd. You can put your feet into the famous footprints at The Chinese Theater.

Some rooms, and the pool, feature a view of the Hollywood sign. We can’t think of more exciting place to stay in the Los Angeles area.

The pool, however, is no great shakes. Nothing to complain about really. It’s on the 5th floor deck, outside, with views of the Hollywood & Highland complex and those Egyptian frescoes . There are cabanas, deck chairs. 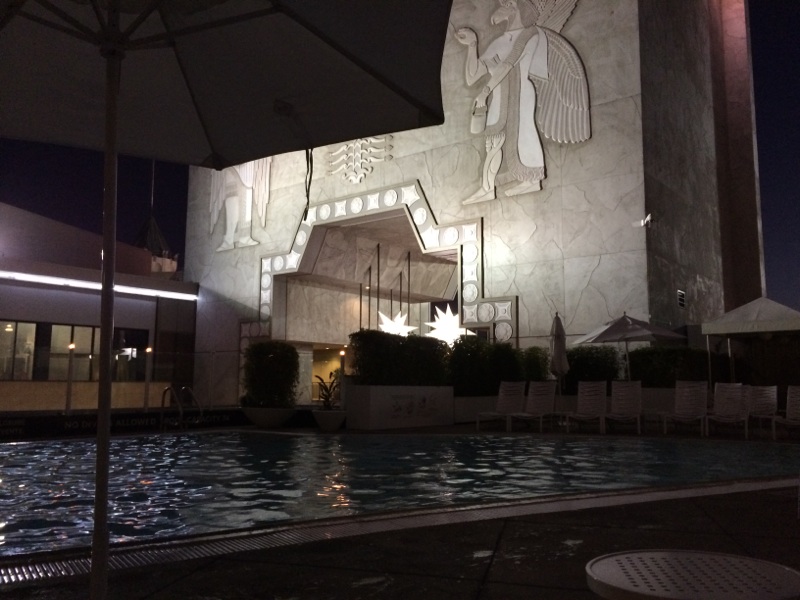 This isn’t a Hollywood Hotel Pool scene by any means. For that, you can go across the street to the Roosevelt. Or up a few blocks to the W. This is  just a great pool for the kids to cool off and release some energy during their stay. Not a destination on it’s own, but it serves it’s purpose. And as you can see from the photos, it’s open at night! 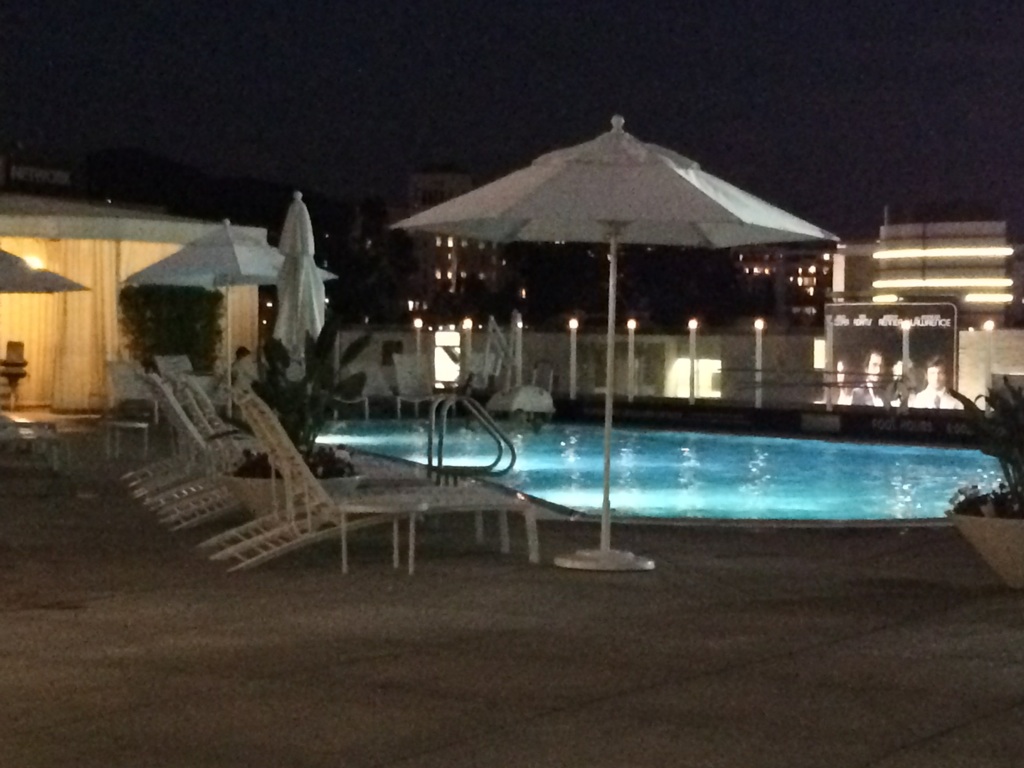 The hotel was recently purchased by Lowes (from Marriott) and renovated. Rumor has it that the pool area will be updated later in 2014.