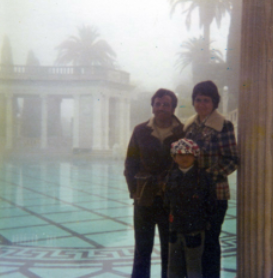 I love this photo of me and my parents at Hearst Castle, taken some time in the mid 1970s and not just because of the hat an stylish jeans I’m wearing or my parents matching coat collars (my mom isn’t actually taller than my Dad, she and I are standing on a step). I love it because we are right there in front of what I consider to be one of the most amazing, memorable, frustratingly unswimable pools I have ever encountered. I can’t tell you how often I have longed—and still long—to swim in such a magical exotic location, inside (and outside) a bona fide castle. The outdoor Neptune pool (above) is spectacular, with ocean views that go on forever. But it was actually the indoor, Roman pool (below) that filled my 7-year-old self with deep longing—I wanted to run my bare feet along the cool blue tiles and splash those naked statues while playing Marco Polo with my brother and sister like I had never wanted anything before. It’s a want that has never left me. 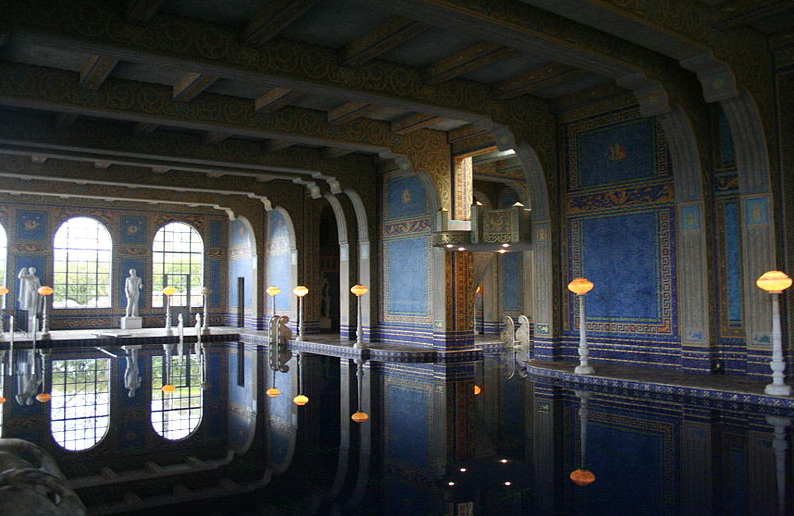 Check out this photo if you want to feel a teeny bit of the magic felt by my 7-year-old self.

While I have made peace with the fact that I will never swim in those Hearst castle pools, check out some options for real live castle swimming: Castles that are now hotels and have pools. Here are 3 royally awesome locales where you can lay your head AND swim in true regality:

Estancia La Candelaira is a French-style estate about an hours drive from Buenos Aires. Starting at about $500 per night and going up to $1100, you can spend a night (or more) in this classic European style castle. Each room is uniquely decorated, combining traditional style with all the modern luxuries. A best of both worlds scenario if you ask me.

Check out the photos from their website. We can dream, right? 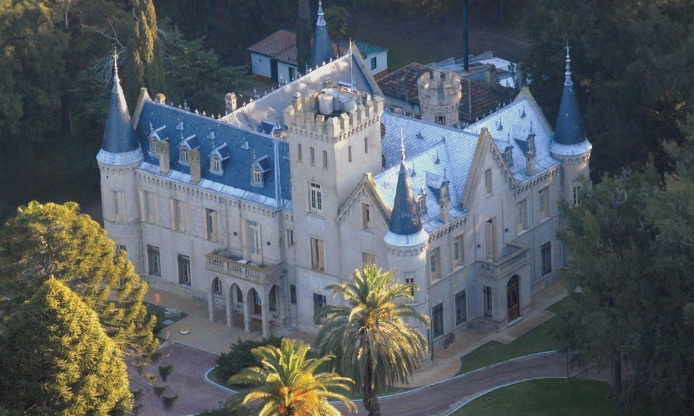 The pool is pretty standard, outdoors and surrounded by the lush grounds. Not quite Hearst, but not half bad either. 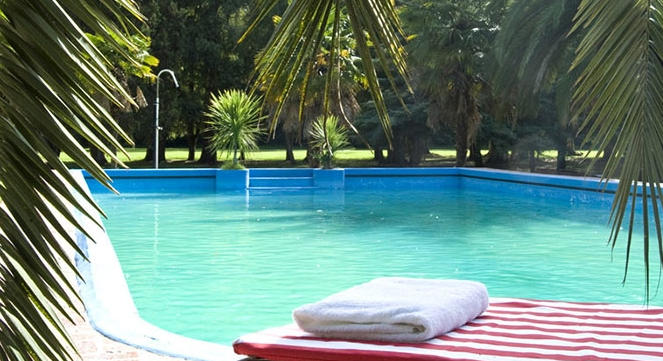 La Mamounia, Marrakech, Morocco is a magical Moroccan castle, just outside the town of Medina. It’s extremely pricey, and often ends up on Best Hotels in the World lists. Peaceful, secluded. Great food. And a pretty nice looking pool too. While Estancia may be Beauty and the Beast,  Mamounia is more Aladin/Jasmin. Their website photos: 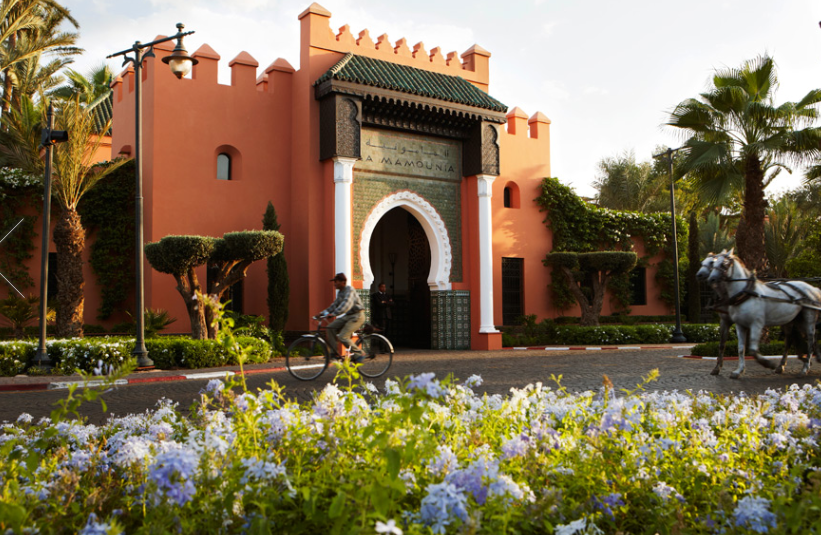 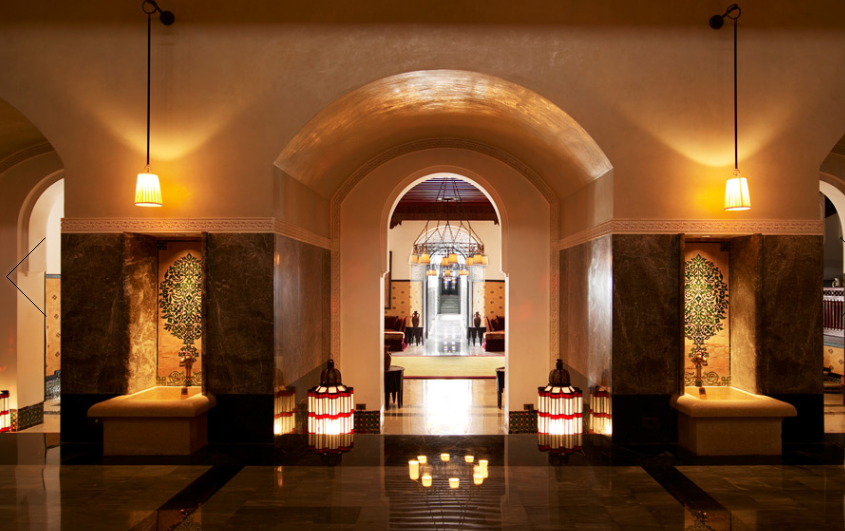 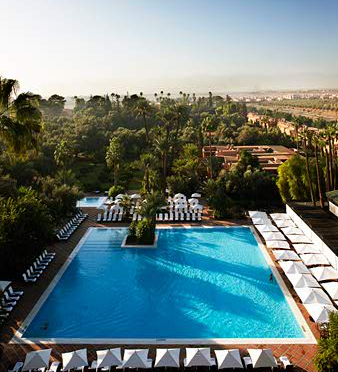 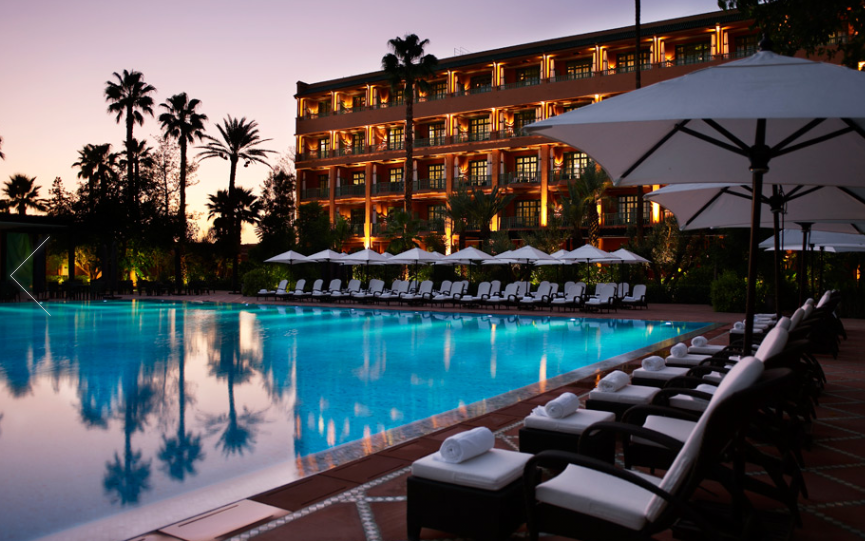 We’re big fans of Four Seasons properties as you may have seen here and here. But the Four Seasons at the top of our current bucket list is in Budpest. More a palace than a castle,  it was originally built in 1906 as the headquarters of an insurance company. Four Seasons purchased it in 2001 and opened it, fully restored and updated in 2004. (Did you catch that “more a place than a castle line?” It means almost nothing, but felt really good to write.) 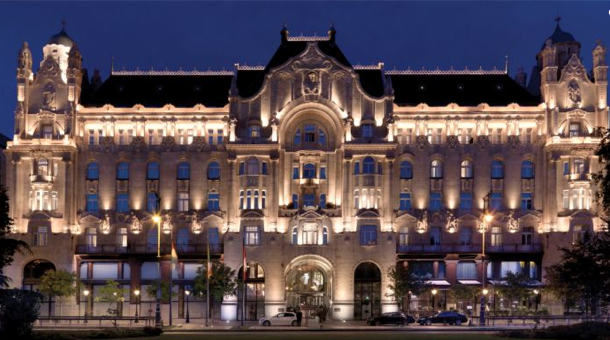 One of our favorite travel bloggers, Hotel Belle recently visited. Check out her post and pictures here. 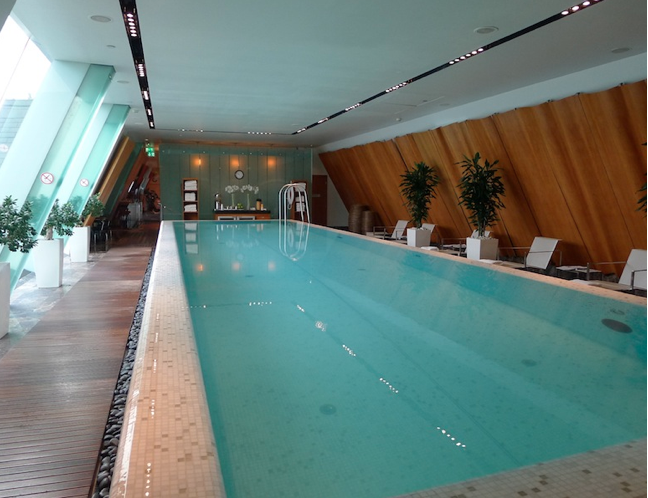 If we ever get to visit any of these hotel pool castles, it’s like a guaranteed happily ever after, right?